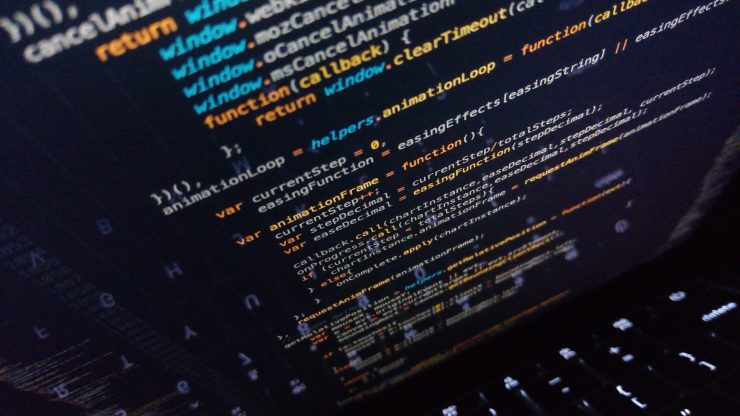 Artificial Intelligence, What is it? and How is it helping engineers?

This blog post aims to explain Artificial Intelligence more clearly, the history behind it and highlight the benefits that manufacturers can get out of it today.

A little background, when was it born, how, and who did it?

Artificial Intelligence (AI) traces its origins back to 1943 when 2 computer scientists – Warren McCulloch and Walter Pitts were attempting to create artificial neurons that gave a binary “yes” or “no” output, activated by a response to a stimulus by a certain number of neighboring neurons. They were the first that tried to simulate human intelligence through technological and digital techniques. Since this innovation first came to light shortly after the second world war, it may have developed for military applications in the middle of the 1940’s. Subsequently, the first computer that applied neural networks was invented in 1951 by Marvin Minsky and Dean Edmonds, both graduates from the mathematics department at Princeton University. Five years later John McCarthy, a former Princeton student, with the help of Marvin Minsky, Claude Shannon and Nathaniel Rochester (Founder of IBM) organized a two-month workshop for gathering talented engineers across the US to develop new ideas; Although the workshop did not have any major research breakthroughs, the term Artificial Intelligence (AI) was coined by McCarthy himself.

If we were to define human intelligence, we could say that it is the ability that allows humans to reason, and think rationally before making an action, rather than simply reacting to the different situations that occur in everyday life. With this in mind, we could define AI in several ways – machines that think like humans, machines that act like humans, machines that are able to reason and think in order to make decisions, rational machines. Below is a matrix with definitions from 8 different books, varying along 2 main dimensions – the top row is focused on thought processes and reasoning, while the bottom row focuses on behavior. The definitions in the left column measure success in terms of human performance, whereas the ones in the right column measure against an ideal concept of intelligence or rationality.

In the present, manufacturers and engineers are desperate to solve problems, they are always trying to create things that make human tasks easier so that humans can focus on other things while work is being done by computers or/and machines. The main challenge nowadays is that engineers are trying to make machines “intelligent” so that they can learn, adapt, reason and make decisions based on analyzed data of what is currently happening or what has happened before – which is not an easy task.

Some of the common engineering tools to solve problems using AI are the following:

Knowledge based systems, or expert systems, are computer programs that have knowledge about an specific, narrow domain in order to solve problems related to that domain. The knowledge base contains information about the domain which may be expressed as any combination of “If-Then” rules, factual statements, frames, objects, procedures or cases. These systems are able to make inferences based on an analysis of existing knowledge and obtain solutions. These systems use knowledge manipulation methods such as: the use of inheritance and constraints, the retrieval and adaptation of case examples, the application of inference rules, acting according to control procedures, use search strategies, etc. The knowledge manipulation methods allow the expert systems to think rationally and find a solution to a specific problem by analyzing the data that is provided against a specific set of rules. These systems have many applications for engineering tasks such as:

In situations where expert systems are having problems because they aren’t able to handle situations not covered explicitly in their knowledge base, they could use fuzzy logic. The fuzzy logic is an extension of multivalued logic that allows an expert system to be more resilient. With this tool, the precise value of a variable is replaced with a linguistic description that is represented by a fuzzy set to perform inferences through non-linear transformations. For example: a temperature regulation system might consider the temperature sensor input and use if-then logic to convert it into a categorical variable with three states – “below regular”, “regular” and “over regular”. If the temperature drops to “below regular” it will increase the until the temperature regularizes, and vice versa. Note that since this is done as a continuous process, the conclusion does not need to be stored in memory.

You can also use Fuzzy Logic in other cases like:

Inductive learning is an automatic form of knowledge acquisition which results in an extraction of knowledge through numerous rules the knowledge could be categorized using various input attributes. There are 3 main approaches to this:

This tool of AI is limited to certain engineering applications because of its requirement for a set of examples in a specific format. It is notably more useful where attributes are discrete or symbolic values rather than continuous. Some examples of what this is being used for are:

This tool can work with both discrete and continuous data and it works very well with identifying non-linear models for prediction. Neural Networks were created to model the human brain – it uses neurons, which are functions connected in parallel to each other forming “layers”; wherein each layer is defined by a function. The ideal functions for such Neural Networks are identified and trained through large data-sets; in order to minimize error coefficients. The errors produced at each stage are used to establish weights associated with individual neurons; such that the output for each neuron is the weighted sum of its inputs followed by a non-linear activation. Some examples of what this technology is being used for are:

Genetic programming is a type of model that borrows ideas from biological evolution to tackle problems using AI. Of a group of programs, the most effective ones survive and compete with other programs to minimize the margin of error. This is a model that tests and selects the best choice among a set of results, each represented by a string. This system tests the functions used in a program to find the one that fits the best for solving a problem. Genetic algorithms have found applications in engineering problems involving multi-parameter optimization. Some examples of the uses are:

Examples of AI applied in the current manufacturing industry

Over the years, GE has put in a considerable amount of effort in building their capability of being a fully integrated smart factory. They use smart manufacturing tools in precision manufacturing applications for creating complex gas turbines; and have publicly stated their plans for extending these tools to other production lines.

BASF has leveraged AI for managing customer order processing and release of production jobs with little or no human intervention. Since they produce chemicals that are used in a variety of industries such as personal care products, AI is very helpful in managing orders for a diverse product mix having several SKUs – which could become repetitive and monotonous for a human to manage.

Siemens has 75% of its operations fully automated but it still needs some human intervention in some parts of the production chain. They have over 1000 smart machines that produce automated machines for other manufacturers; and their refined process helps them provide over 1000 product variants to more than 60,000 customers worldwide with an outstanding quality control of 99.998%.

POSCO has developed technology to measure the coating weight of zinc in automotive steel in the Continuous Galvanizing Line; to keep the thickness of the coating layer consistent, and enhance the product quality. They have also created a pre-analysis system that can predict abnormalities beforehand to avoid waste.

As part P&G’s company philosophy, the term Augmentation rather than Automation is used, because they believe that machines and humans can harmoniously work together. By implementing machine learning applications such as recommender systems, they are able to obtain feedback on customer preferences; which in turn helps them plan their production more accurately. This has helped P&G to reduce downtimes in the company by 20%.

Restaurants have also started using AI to interpret data from through surveys; so that they could predict trends in customer preferences. The insights from these preferences could  be further integrated with a recommender system to suggest menu changes.

Amazon is one of the earliest adopters of AI technology through their implementation of recommender systems during the late 90s and early 21st century. As the physical storage of goods became more complicated, they started increasing the level of automation in their warehousing operations. In addition to these improvements, they have also been experimenting with using AI for their outbound logistics operations through drone delivery systems.

Manufacturing is continuously evolving along with technology; and companies have to deal with high expectations from their investors as well as customers, for adopting these tools to gain a competitive advantage. The new generation technologies allow manufacturers to automate their production lines and simplify decision making through AI augmented analytical processes. 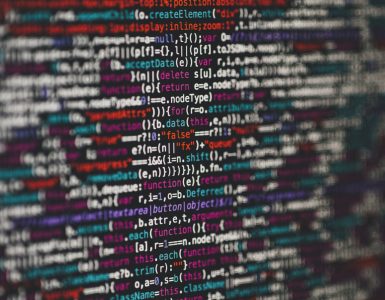 How to improve your IT infrastructure?

Digital transformation necessarily means changes in the IT infrastructure. It’s about bringing a new wind to an entire Information Technology (IT) system to optimize the operations and processes of a given company...