What is the future of human beings in the new industrial revolution?

Many questions arise with the advent of Industry 4.0, and its consequences on human workers. In an interconnected system of machines and processes; the desire to reduce processing time and an increased emphasis on accuracy in handling highly customized products makes many people wonder if human workers would be able to compete with their robotic counterparts in terms of performance. Some believe that several non-skilled jobs will be eliminated completely, and the remaining non-skilled workers will be paid significantly lower wages compared to skilled workers.

Some believe that industry 4.0 has harmful effects on human workers…

5.1 million jobs are expected to disappear over the next five years in 15 leading countries due to robotics applications
During the World Economic Forum in Davos, it was pointed out that Industry 4.0 is going to have a devastating impact on jobs around the world.

5.1 million jobs are expected to disappear over the next five years in 15 leading countries due to robotics applications and the rise of artificial intelligence. Robots will replace humans in various repetitive tasks – the competition that currently exist between these workers and robots on technical tasks will be won by robots because they can work automatically and in a faster way. The advent of Industry 4.0 may also have an impact on intermediate professions such as administration, customer service – where repetitive tasks may be replaced by AI-powered algorithms.

Others believe that this revolution will bring about a positive change in the industry.

Human expertise will always be present and necessary for lot of reasons.
On the other hand, other leaders in the manufacturing industry see various positive aspects of the advent of industry 4.0: according to them, manufacturing will require more qualified personnel once industry 4.0 starts to settle. A large proportion of workers will have to redeploy: repetitive tasks with low-value addition will be replaced by robots, and humans will perform more skilled jobs. While robots can perform certain tasks more efficiently, it is the duty of the humans to control the tasks of these robots and possibly detect the technical problems of the machine. Human expertise will always be present and necessary for this reason.

It is important to fight against the clichés and prejudices of young people towards the industry: according to an official study of Arts et Métiers “Youth and Industry” 2017, only 39% of young people consider themselves interested and well-informed about best practices in the manufacturing industry. Thus, training and a fight against the clichés will be two necessary aspects for making young people interested and involved in the manufacturing sector. This will allow us to address the potential shortage of skilled labor, which could hinder the process of Industry 4.0. We will have to educate young people on the different sectors of industry and their potential to attract and educate future workers.

Many changes will take place in companies concerning human capital. Human resources face a major challenge because the transition to Industry 4.0 – a fully integrated factory, will require a massive transition in terms of skills, training, and recruitment of workers. Human resources will have to choose and target the workers having high potential, who will then need to be reoriented with the appropriate training. New talent will have to be discovered, selected and attracted to these smart factories of the future.

The same rule would apply to work instructions and processes: new methods and tools will have to be developed and implemented in this new environment.

Some companies, like the startup Fireside Analytics, have already realized the importance of data in smart factories. They offer unique and adapted solutions concerning the good use of data in the company in order to reach business objectives faster and more effectively.

Other startups like Oden Technologies aim to transform a “classic” factory into a “smart factory” by creating a unique platform that combines cloud computing, software and hardware solutions. This allows manufacturers to maintain control over the production. This is done through a simple, intuitive visualization system that provides solutions to manufacturing problems; enabling them to have the ability to observe trends and predict results beforehand.

Since the application of Industry 4.0 is closely related with improving the responsiveness and adaptability of a production line, it would result in a faster operation that would lead to considerable savings in time. It would allow companies to refocus their resources on maximizing efficiency rather than volume. Thus, this revolution is likely to boost productivity, product quality, reliability of delivery, faster introduction of new products, etc.

Recent evidence has also shown that robots and humans may continue to work together for many years. For example, Mercedes decided to replace some of its robots by humans because robots are able to perform better on repetitive tasks. However, they do not add value in creating personalized and unique product designs.

Hence, it is important to focus Industry 4.0 applications in areas where they can add the most value. 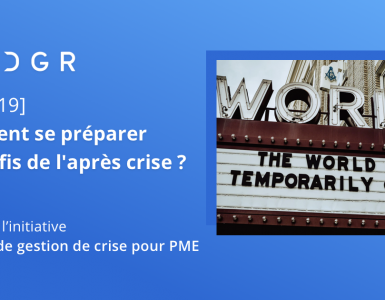